Bosham is known to be the oldest site of Christianity in Sussex - discover more about our long history of worship.

Christians have worshipped here for well over 1,000 years, pre-Christian settlers also chose this site and there is strong evidence of Roman occupation in the area. Bosham Church itself dates back to Saxon times and the lower stages of the tower and the first third of the chancel have survived from this period.

The tower is the oldest part of the church and was built in four stages, the first three are Saxon and the top stage is Norman.  The spire was added in the 15th century.  The chancel arch was built in the 11th century shortly after the Norman Conquest of 1066.

Bosham church is also depicted in the Bayeux Tapestry which features the series of events leading up to the Conquest of England by Duke William of Normany in 1066.  There is also a long held tradition that early in the 11th century King Cnut’s young daughter was drowned in the millstream and was buried in the church.  In 1865 a small stone coffin was found just in front of the chancel arch. However, without closer examination of the coffin precise dating of the coffin is difficult.

Other notable features in the church include the 14th century crypt (once a charnel house) with All Hallows Chapel above which is dedicated to the memory of the departed.  There is also a late 12th century font and several piscinae.  In the Fishbourne Chantry there is a particularly fine 12th century trefoil-headed piscina which has a hollow column forming the drain and to the right of the high altar there is an unusual double piscina. The chancel was constructed in three clearly defined stages, the first is Saxon, the second Norman and the third is 13th century Early English and includes the beautiful five-light lancet window with detached slender Purbeck marble columns.

Although Bosham church is an impressive historic building, dating back to Saxon times, it remains above all a place of worship.  It is a place of encounter where those of faith and those who have none have found peace and solace within its walls.

A comprehensive guide to the history, fabric and furnishings of the church, written by the Church Archivist, Joan Langhorne is available to purchase online or at the church. Below are selected milestones in the church’s early history. 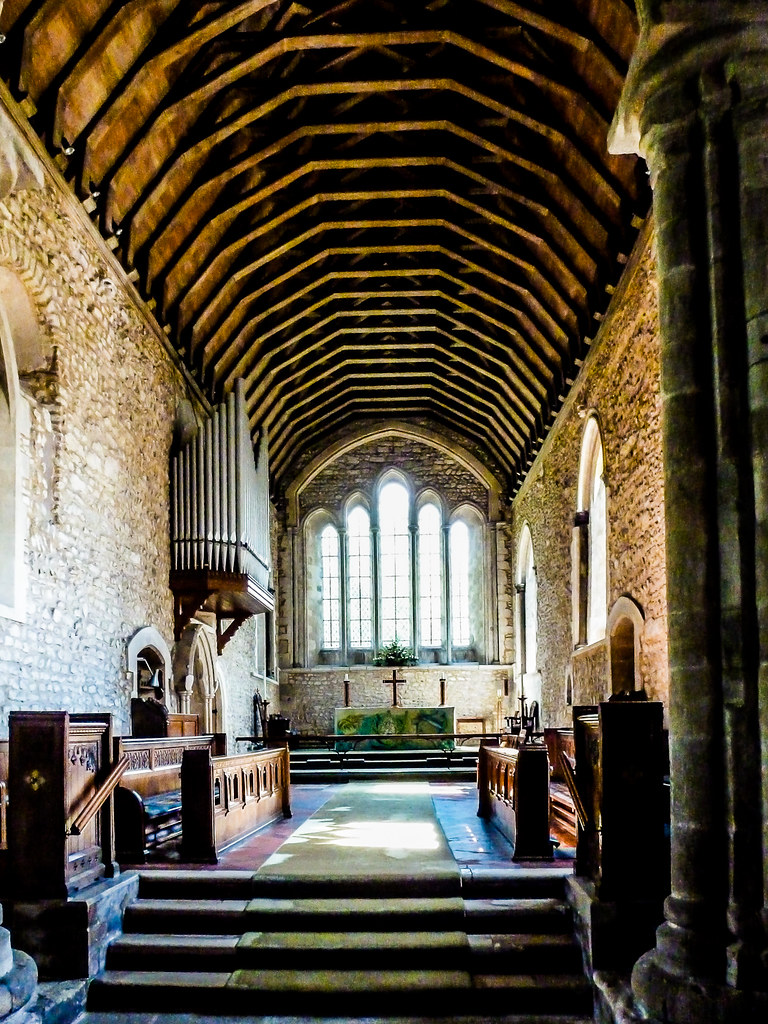 By the beginning of the 5th century, the Roman occupation of Britain had come to an end.  In his book ‘A history of the English Church and People’, the Venerable Bede recorded ‘an Irish monk named Dicul who had a very small monastery in the place which is called Bosanham, a spot surrounded by woods and sea. In it were five or six brethren who served the Lord in a life of humility and poverty. None, however, of the natives of the country cared either to imitate their life or listen to their preaching.’

From Bede’s record we can presume that there was some sort of timber building where Dicul and his brethren lived, situated perhaps on or near the site of the later stone church. We know therefore, that Christianity was being preached in Bosham at this time, but not, it would appear, with very much success.

The Secular Manor of Bosham and the Bayeux Tapestry

It was during the first part of the 11th century that Godwin, father of the future King Harold, began his rise to wealth and power. As Earl of Wessex, Godwin had amassed enormous wealth, land and property, particularly in Sussex, including the valuable secular Manor of Bosham and it could be that the Saxon fabric of the church which has survived to this day was built under the patronage of Godwin.

When Godwin died in 1053 he was one of the richest and most powerful men in the country and much of his wealth and property passed to his son Harold Godwinson, the future King Harold. Probably the most well-known fact about Bosham is that the Church and manor house are depicted in the Bayeux Tapestry and the reason why is because Harold’s principle home was in Bosham, which he visited before embarking on his ill-fated trip to Normandy in 1064.

In the opening scene of the Bayeux Tapestry, Harold is shown with King Edward the Confessor who, it is thought, is instructing Harold to go to Normandy to tell William, Duke of Normandy that he, William is to be the next King of England. In the next scene Harold and his retinue are shown riding to Bosham, as the Latin text in the tapestry records: ‘Ubi Harold dux Anglorum et sui milites equitant ad Bosham. Ecclesia.’ Translated, this reads ‘Where Harold, Earl of the English, and his retinue ride to Bosham. The church.’ Harold is then shown entering the church and later feasting at his manor house before setting sail from Bosham to Normandy. 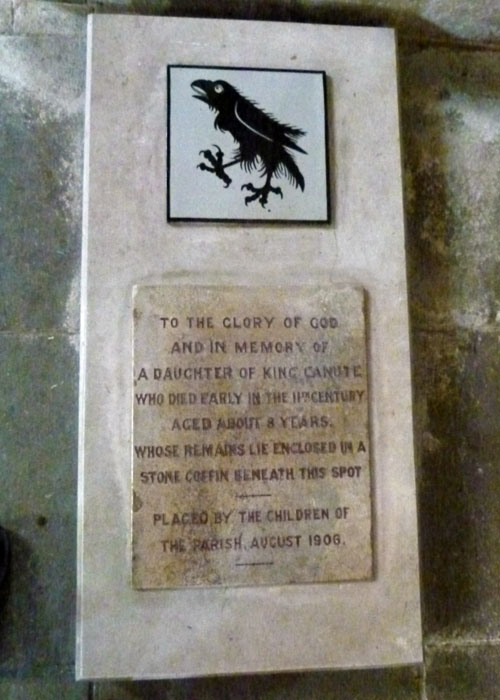 In about 1121, the Bishop of Exeter, William Warelwast founded a College at Bosham consisting of a dean and six secular canons who held prebends, which meant that in addition to their duties within the college, they also held other parishes and preferments.

However, in 1840 the patronage finally passed to the bishop of Chichester with whom it has remained.